Dart customers rely on the quality and fast delivery of products only Dart Controls can offer.

Paul Penn, founder of Dart Controls, Inc., a manufacturer of motor speed controls for industry located in Zionsville, Indiana, was honored with the 2019 Indiana Manufacturing Lifetime Achievement Award, at the Indiana Manufacturers Association’s (IMA) 2019 Hall of Fame Luncheon, held on October 16, 2019, at the Biltwell Event Center, in Indianapolis. The award was given as a part of the IMA’s Manufacturing Excellence Awards, which recognized Indiana manufacturing companies and individuals, in various categories, for their positive achievements and contributions to the industry.

Mr. Penn was selected from nominations received from the manufacturing community, and competed for the award against other individuals from world-class manufacturers.

“The Indiana Manufacturers Association instituted the Indiana Manufacturers Hall of Fame in 2015 to help bring awareness and recognition to the many positive contributions of Hoosier manufacturers. And this year we’ve added the Manufacturing Excellence Awards to focus and honor companies and individuals in specific areas of achievement,” said IMA President and CEO Brian Burton. “We congratulate Paul Penn of Dart Controls, Inc. for his outstanding work and contribution to Indiana’s manufacturing community.”

Paul is a graduate of Purdue University (Electrical Engineering) and Indiana University (MBA).  He is a Navy veteran.  He is a lifelong resident of the State of Indiana.  Notably, he is an avid and skilled sailor and significantly sailed one of his boats around the world in 1997/98.   He and Susan have been married for 50 years.

Since Dart Controls’ founding in 1963, it has been designing and manufacturing some of the world’s most reliable variable speed motor drives, controls and accessories for electric motors in our Zionsville, Indiana facility. Through continuous innovation, a relentless dedication to the industry, and a commitment to high quality products and dependable delivery Dart Controls has retained the leadership position it established over 50 years ago. 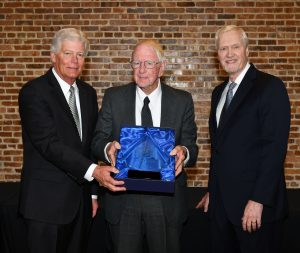 About the Indiana Manufacturers Association